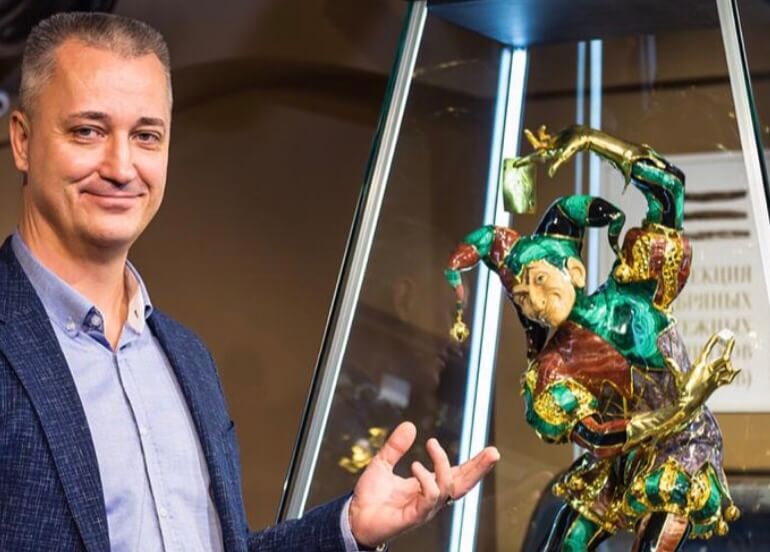 Stone-crafting House by Alexey Antonov
The brand was created by Alexey Antonov – a Ural master and stone – cutter in artistic stone processing, a member of the Union of artists of Russia, whose creative activity began in 1988. Alexey Antonov is a second-generation master. Following his father's example, he became interested in stone from an early age and improved his skills. Today, he is one of the best masters not only in Russia, but also in the world.
Brand history
The road to mastery is a life-long road
In ancient times, the traditions of stone cutters were passed only among selected people and the secrets of creating artistic works were not disclosed. Only decades later, Alexey Antonov and his team achieved the highest skill in stone processing and they are almost the only ones who keep this secret knowledge and tradition in the 21st century.

Innovations in the field of stone carving and jewelry art
The unique technology of working with stone was inherited by us from famous predecessors such as Karl Faberge and Alexey Denisov- Uralsky. Our team has been improving their skills for 30 years and today the company has its own inventions and patents.
Collection of Stone-Cutting House by Antonov
Our own private collection contributes to the development of art, where we present the works of our best masters. The collection has been created for more than 13 years and includes projects that have no analogues in the world. The works can be seen in private galleries and state museums in Russia. Information about exhibitions in other countries can be found in our social networks. 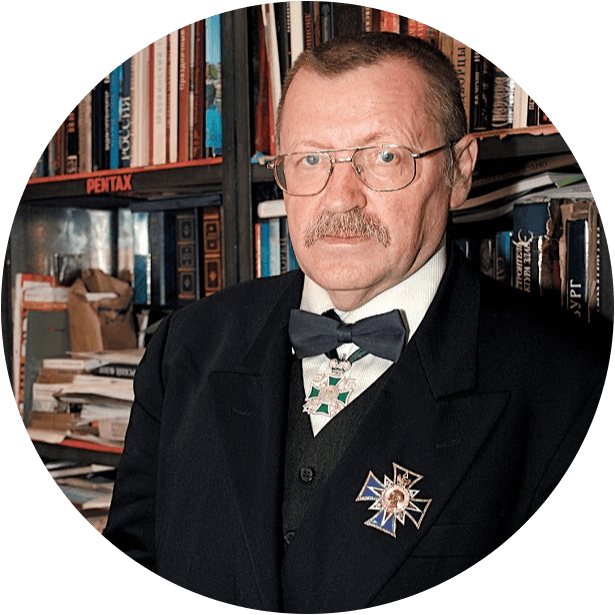 Valentin Skurlov
Candidate of art history, expert in the evaluation of artistic values of the Ministry of culture of the Russian Federation, Faberge consultant at Christie's Auction house.

«Antonov's success is loyalty to historical traditions. He was able to absorb all the best and promote aesthetic ideas at the turn of the XX-XXI centuries, giving birth to his own direction of polychrome monumental stone carving sculpture. This has never happened before. The one who goes first will never be second».
Tatiana Faberge
Great-granddaughter of the famous Imperial jeweler Karl Faberge, historiographer of the Faberge firm, honorary Chairman of the Faberge Memorial Fund.

«Every year, art objects of this class will become more expensive, because they are not replicated. Antiques are made today. To do this, products must be highly artistic and this is what I see in the work of artists and masters of the team of Alexey Antonov. The works prove that the possibilities of realism in stone art are limitless. Thank you Alexey, you open new horizons that were not available to Faberge!». 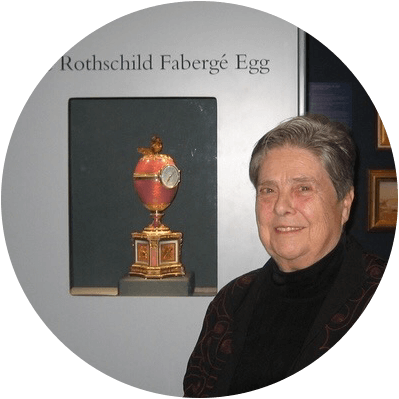 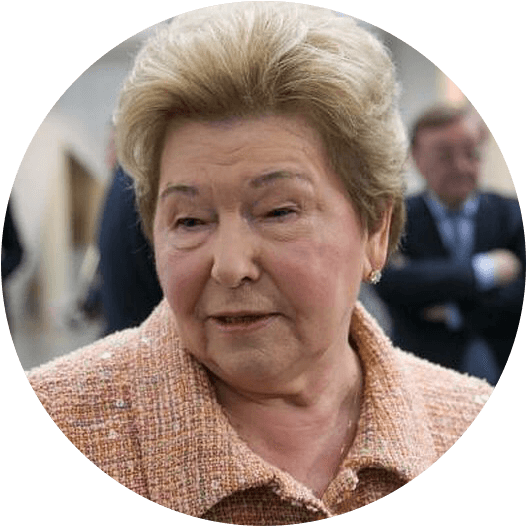 Naina Yeltsina
First lady of Russia, wife of the first president of the Russian Federation, author of books.

«By combining the knowledge of the old masters, 30-year experience in working with stone, and the latest inventions and techniques they have managed to create a global precedent in an industry where traditions and technologies have not changed for thousands of years»

Mass Media about us

Movies about the Stone-crafting House by Alexey Antonov